There are very few irrefutable truths to be found in this ever changing world.

Fast food tastes better when you’re drunk. Taco Bell WILL give you explosive bloody diarrhea. Dogs and Hobos have fleas. Jesus was a vampire.  The show Ancient Aliens on the History Channel has it all figured out. Fox Broadcasting owns chemical weapons plants in Syria. All men are created equal. Good truths all, and yet while we hold these truths to be self-evident, there is one truth more truthy, more self-evidentish than all the rest.

This is not my opinion. This is a fact. It was proven. It is known. Here are some other useful facts about beards:

Men with beards are wise. FACT.

Men with beards are Wizards. FACT.

Men with beards can eat 7 saltine crackers in under a minute with no water. Men with beards can time travel one hour into the future every sixty minutes. Men with beards invented everything. A man’s strength is derived almost entirely from his beard. Women who touch a man’s beard are gifted with a lifetime of good luck, and many strong babies. Dinosaurs used to be all up in this bitch but then we grew beards. FACT.

Chuck Norris has a beard. FACT.

I have a beard. Therefore, I AM Chuck Norris. FACT. SCIENCE.

My current beard is a relatively new affection. I’ve only been raising him for a few weeks now. He’s still a little unruly, it’s true, but that’s to be expected, we’re still getting to know each other. I’m sure he’ll mellow out soon enough. I’ll admit, i’m surprised that many people have questioned why, after shaving my head for the summer, I would choose to allow so magnificent a mane of thick bristly red-brown hair to take up residence on my face. Oh how I laugh. Those fools. First off, you don’t choose the beard. The beard chooses you. All you can do is accept the honor. Secondly, why wouldn’t I want to look like a COMPLETE BADASS? Sure, being infinitely awesome and endlessly winning can be tiring at times, but the beard lends me strength. He comforts me when i’m feeling down. He holds snacks in crumb form. He cushions my face when i’m being mauled by jealous polar bears. He protects my dreams. 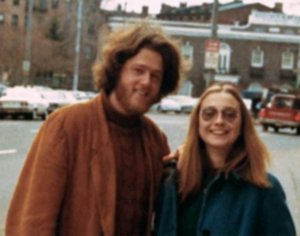 Here is a picture of a young Bill Clinton. He had a beard. Then he went on to become President of the United States. Not too shabby. (Once he shaved the beard however, he got caught getting blow jobs from a fat chick, and lost his job. Coincidence? Of course not.)

Here is a website listing some good reasons to grow a giant beard. The creator of this website is a wise man. He must have a beard.

In some made-up cultures that i’m imagining right now, social status is linked directly to beard fullness and length. In those cultures, everybody is happy and nobody wants, for they have discovered the secret to true happiness. They universally recognize the most fundamental truth.

Beards are Awesome. That’s the truthiest truth of them all.

Max has been better than you at writing since the third grade. He currently lives in Connecticut, but will someday return to the desert.
View all posts by Max T Kramer →
This entry was posted in Max's Journal and tagged beards, bill clinton, chuck norris, humor, men, truth. Bookmark the permalink.

1 Response to Beards are Awesome.