So what if there is Climate Change? 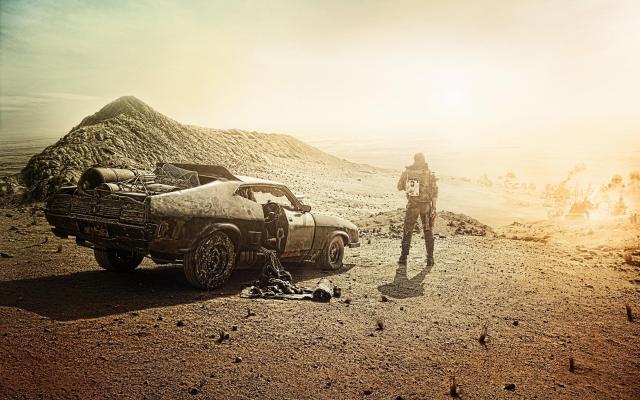 Another day in paradise, 2021 colorized

The majority of scientists who study these sorts of things are in agreement. Climate change is happening, the earth is warming up due to greenhouse gas emissions, and humans are at least partially to blame.

9 in 10 scientists agree that climate change is occurring, and more than half of them believe that humans are contributing to the process. The 10th scientist, the one who disagrees might be a free-thinking ultra genius who actually has the extra-true secret correct data and isn’t a sheep beholden to big solar or whoever is the “bad” guy in this scenario, but the fact that his name is Dr. Diesel, he lives in a tower on top of an off-shore oil rig, his paychecks come from ExxonMobil, and his research is published exclusively on petroleumdidnothingwrong/polarbearssuck.gop, means his data is probably suspect, and his conclusions are likely biased.

It’s like a toothpaste commercial, where 9 in 10 dentists recommend brushing your fucking teeth, and the 10th dentist doesn’t because he has stock in dentures. He wants your teeth to rot out of your head, because he profits off of the alternative.

Look, at the end of the day the scientific process is just that, a process. Maybe that tenth scientist IS right. Maybe the other nine are actually the ones who are biased and suspect. Mathematical models can be flawed. The data can be incorrect or insufficient. We can be interpreting it inaccurately. The scientific consensus regarding climate change can be wrong.

Look at it this way. If all the climate change alarmists are correct, and they get their way we will:

Prevent further deforestation, and the trees will produce oxygen, and we’ll be able to breathe.

Save over 70% of the existing animal species, which are expected to go extinct if climate change continues.

We won’t be beholden to big oil and we won’t have to engage in unwinnable wars just to control foreign oil fields.

Now, what if the climate change alarmists get their way, but they’re wrong? Do you mean we’ll have invested in renewable energy sources, protected our clean water, prevented deforestation, reduced pollution, saved the animals, kept Ohio from becoming beachfront property, and separated ourselves from the avaricious greed of immoral oil companies FOR NO REASON!? Do you mean we’ll have a greener, cleaner, healthier, more enjoyable future when we could have just done nothing!?

If climate change is occurring, and human industry is contributing to it, we owe it to ourselves to do as much as we can to save the planet. We only have the one after all.

If climate change is occurring, but it’s just a natural process and humans aren’t actually the cause, we can still take steps to mitigate the effects. If you’re sailing a sailboat on the ocean and a storm comes up, even though the boat obviously did not cause the storm, it is still going to be stuck in it, and it makes sense to take mitigating actions like dropping the sails, tying yourself to the ships wheel, and chugging a bottle of grog to make the storm less unpleasant.

Even if climate change isn’t actually occurring at all, there seem to be only benefits to acting like it is. I mean, a smog free city is much more pleasant than a smog-filled one. Rain is much nicer when it’s not acid. Rivers are much more enjoyable when they’re not on fire from chemical pollutants. So why do some people so vehemently deny any evidence of man-made climate change, and fight against the goals of people who don’t deny the evidence? What is their end game? What’s a win for them? We all spend our holidays camping in a stinking garbage dump instead of a national park? We all ride eternal, shiny and chrome, on the Fury road?

And why do those people hate Greta Thunberg so much?

Maybe Greta Thunberg, 2019 Time person of the year, passionate climate activist, and small child, is just a dumb idiot who is not even cool, and Donald Trump, 73 year old fully grown adult man and President of the most powerful nation in the history of the world is entirely justified in bullying her via twitter, because that is a respectful, classy, distinguished, mature thing for any adult, and especially a world leader, to do to another person, especially a child, especially a child with a disability, but I just don’t see it.

I see Ms. Thunberg as a hard working young woman who is fighting for something she sincerely believes in, and even if she’s wrong, or being manipulated by opportunistic adults, all of her efforts are only going to improve our lives and the lives of future generations. Even if she is wrong, this young girl has already spent the few years she has been alive legitimately trying to save us all.

What have you done with your life?

Max has been better than you at writing since the third grade. He currently lives in Connecticut, but will someday return to the desert.
View all posts by Max T Kramer →
This entry was posted in Max's Journal and tagged climate change, global warming, Greta Thunberg, oil, renewable energy, trump, war. Bookmark the permalink.

1 Response to So what if there is Climate Change?