If you do a search on YouTube for “restoring faith in humanity”, you will find countless video clips of people being moderately helpful, kind, or compassionate to each other. You’re supposed to watch these clips and pat yourself on the back and say hooray humanity! Because that’s what humanity is, right? Compassion? Kindness? Love?

“Humanity” is the quality, or state of being human. No more, no less. My problem with inferring compassion and kindness and love from this word, is that humans don’t have a monopoly on these attributes. Animals have emotions too. If you have ever had a pet, or watched a nature documentary, you must be familiar with examples of animals showing a surprising amount of tenderness, affection, and love toward each other, humans, and even animals of other species. So to think that humans alone are possessed of these qualities, and that we can therefore usurp them to exclusively define ourselves, is ridiculous. Simply put, “humanity” can’t mean kindness and compassion, because non-humans are capable of kindness and compassion too. Our capacity for kindness doesn’t mean we are human. It just means that we are capable of being kind.

What then, is “humanity”? What really makes us human?

Our sapience. It is our ability to think and reason which sets us apart from all other life on the planet. We alone are capable of reason and logic, beyond our base urges. So really, our humanity is not defined by our emotions, but by the exact opposite, our ability to set emotions aside, and think. And more importantly, to think abstractly, and understand consequences.

An intelligent, self-aware, arguably sentient animal, like a chimpanzee, can learn to use tools. They have enough reasoning ability to understand that if they bash a nut with a rock, they can crack the shell and get to the scrumptious insides. They can’t however make the cognitive leap that if they plant that nut, they can grow a whole new tree, and thus have more nuts in the future. They live only in the present, and don’t have the foresight to follow a multistep cause and effect chain.

An example. I love Cinnabon rolls. I think those ooey gooey gut bombs are the most delicious decadent treats in the universe. They are the pinnacle of human achievement. Just thinking about them makes my mouth water and my butthole pucker. I want them inside me. I want to be inside them. I’ll only go to a mall with Mistress if there is a Cinnabon shop there.

Here is the kicker. I never actually get them. They’re bad for you, and a waste of money. I’ll go to the store (restaurant? Bakery? I’m not sure how to define it) and I’ll hover right on the threshold, sniffing the heavenly smells, and staring at those sexy mounds of dough, for as long as I am able, but I won’t go in. No, I won’t break. Oh sweet temptation. It is an agony.

Mistress doesn’t understand why I torture myself so. It’s simple really. To me, it’s an affirmation of my humanity. A wild beast wouldn’t resist a delightful treat like that. No. It takes something stronger. Something better. A man’s will. A human.

Cause and effect. Consequences. I know that the satisfaction I derive from proving my strength, by resisting that which I want the most, is more lasting than the immediate satisfaction I would experience by biting into that succulent pastry, not the least because I then avoid the post-Cinnabon regret afterwards.

This then is “humanity”. Our ability to remember the past and predict the future. Our ability to overcome our chemically driven, primitive emotional urges, and make decisions based on objective facts. Our logic and reason.

You can only define humanity by those attributes that are solely possessed by humans. A human could, and should, be kind, and loving, and compassionate. We should all strive for these qualities. We just can’t claim them as our own. 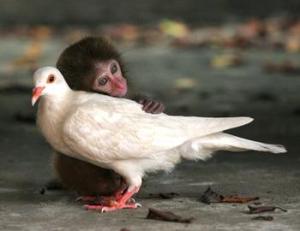 Max has been better than you at writing since the third grade. He currently lives in Connecticut, but will someday return to the desert.
View all posts by Max T Kramer →
This entry was posted in Max's Journal and tagged cinnabon, compassion, emotion, humanity, logic, sapience. Bookmark the permalink.