What happened to you snow? You used to be cool.

It’s snowing where I live. What a pain in the ass. I hate it, and I hate that I hate it.

Snow used to be pure magic. Remember? It was a glorious beautiful white pow pow that would fall from heaven and cause school cancellations. We would bundle up in warm clothes and go out to play in it for hours. So what if we would get hypothermia and frost bite on the tips of our noses and fingers and penises? We were kids, we didn’t need penises, and the Voldemort look is so in right now. We could make snowballs, and snow forts, and snow angels. We could go snow sledding, and snow skiing, and snow manning. If we got hungry or thirsty, we could feast on snow pie, and if we were super lucky we might find a pile of mysterious and delicious yellow snow. We would watch the forecast with keen anticipation, and perform the most extravagant of snow dances, hoping and praying that a million billion feet of the good white stuff would coat all the lands of men, transforming our dull, dirty brown world into a glittering, glistening piece of living art. Like I said, magic.

Well, despite my best efforts, I’m an adult now. And magic isn’t real. And the only good white stuff comes from the hills of Colombia, not from the sky. And snow is just a wet cold dangerous inconvenience.

Now, when snow happens, I be all like shiiiit, dat sux. It’s flipping cold out, so now i’m stuck inside the house. Sure, I could spend all day watching Netflix and drinking Coors light, but that doesn’t make up for the fact that I’ll be trapped in the same building as my horrible family for hours. Now my only escape is to shovel my driveway, where i’ll probably get a hernia and frostbite and then frostbite on my hernia. If I do leave my house, the roads will be crap, everyone else will be driving like assholes, and i’ll probably crash and die on my way to the job I hate, which I need to go to so I can pay for the medical bills I incurred getting frostbite on my fingers and nose and penis tip while shoveling my driveway so that I could go to the job I hate, so that I could pay for the medical bills I incurred getting frostbite while shoveling my driveway so that….. And, if i’m unlucky enough to survive my commute and actually get to work, productivity will be shot due to everyone else being dead in a massive pileup on the freeway, or stuck watching their kids, or getting skin grafts on their frosty genitals.

My biggest issue with snow is that it used to be so good, but like all of the things that are good, eventually it became not so good. You had one job, to be fun and beautiful. You didn’t have to add deadly, inconvenient, and stressful to your resume. I loved you snow. Why have you betrayed me?

Also, it’s definitely you that’s changed snow. Not me. 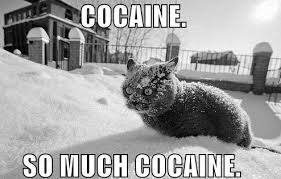 Max has been better than you at writing since the third grade. He currently lives in Connecticut, but will someday return to the desert.
View all posts by Max T Kramer →
This entry was posted in Uncategorized and tagged humor, snow. Bookmark the permalink.

1 Response to What happened to you snow? You used to be cool.