Guys, I have concerns about the Trump presidency

I have concerns, people. Legitimate, logical, common-sensical, rational, nonpartisan concerns. Honestly, I don’t really care which political party is in control. I’m no die-hard Democrat, or Republican. I’m just a bro, who up until this election was pretty much 100% apolitical. So pump the brakes before you accuse me of being a whiny, entitled, sore-loser libtard. That, I am not. Instead, keep reading, because this post concerns you, regardless of your political affiliation.

What I am, is a cautious, informed, logical person, who doesn’t like the picture currently developing for our nation’s near future.

This is it. This is the picture.

I am concerned by Trump’s cabinet picks. Besides being a mix of billionaires and multi-millionaires with little to no history of public service or concern for regular people, an alarming portion of them appear to be either dangerously under-qualified, or downright inimical to the position they have been chosen to fill. To name just a few, there are people like Scott Pruitt, a man who hates the EPA, nominated to run the EPA. Betsy Devos, nominated as secretary of education, who has zero experience with public education. Rex Tillerson, nominated for Secretary of State, who as an Exxonmobile executive with close ties to Vladimir Putin has both financial and diplomatic conflicts of interest written all over him.  Avowed racist Jeff Sessions, nominated for attorney general, who was previously denied federal judgeship in our existing racist judiciary system for being too racist. Andy Puzder, nominated for secretary of Labor, a fast food CEO vehemently against workers rights, who will be responsible for protecting workers rights in a time of rising income inequality. And the list goes on. You don’t have to be Democrat or Republican, Liberal or Conservative, Male or Female, Black or White, Human or Meat Popsicle, to have legitimate concerns about what these cabinet picks mean. It looks like Trump, who ran and was elected on a populist platform fueled by the anger of regular old blue collar workers, is already turning his back on those regular folks in favor of rich campaign donors and greedy business oligarchs whose first and most pressing concern is increasing their personal profits. Which really, isn’t all that surprising when you think about it.

I am concerned by the rampant anti-intellectualism apparent in Trump and his supporters. Being upset and emotional and passionate have their place. So does being calm and thinking really fucking hard about things. Facts are more important than opinions. Sometimes the right choice is the hard choice. Sometimes you need to fucking admit that you don’t understand something, and that you need to research it further. No matter who you are, no matter what you feel, no matter who you support, you will benefit from reading more, learning more, thinking more, debating more. You will not benefit from slipping into a Brave New World style shallow meme-based immediate gratification type culture. Decadence and Pride are dangerous to any culture. Including ours.

I am concerned by Trump’s petulance. He’s an incoming president with catastrophically low approval ratings, and he’s more concerned that fewer people came to his inauguration than to President Obama’s than he is about the actual issues facing our nation, to the point where he’s spent an embarrassing amount of time and energy telling people not to talk about the inauguration attendance, time and energy that would have been better spent focusing on the massively attended women’s marches which occurred across the country the following day. Mr. Trump, you are now responsible for the safety, health, well-being and security of these women. You are a public servant. They are your public. You serve them. So maybe when millions and millions of your bosses gather together to tell you about their concerns with your conduct, you should stop pouting and fucking listen.

I am concerned by how vulnerable Trump’s presidency makes women, minorities, LGBTQs, people of color, Muslims, and any other people in our nation and across the world who may be considered undesirable by him and his bigoted supporters. I don’t know how to convince those vulnerable people that they will be safe and respected, because I don’t know that they will be safe and respected. I think that our long, arduous, unsteady march forward against social injustice and hate is going to take a rough beating over the next four years. I think that is bad. I think a lot of Trump supporters are saying not to worry about it, but I’m moderately familiar with our history, and there are a lot of disturbing parallels between what is happening now, and what happened in Germany in the early 1930s. That turned out poorly for everyone involved.

I am concerned by what the Trump presidency means for our environment. He has already surrounded himself with climate change deniers. The science is solid here people. Climate change is real, and it is dangerous, and it is affected by our actions. Trump has already supported the interests of fossil fuel companies over the interests of the American public and the environment. He is set to completely reverse  several years of hard earned environmental improvements, for the sake of the almighty dollar. Instead of investing in new, state of the art, renewable energy infrastructure, which would create jobs both now AND in the future while cleaning up our air and water, and generally making the entire world a safer, healthier, more beautiful place to live, he is dead set on further stripping our land of its very finite fossil fuel resources, which will create jobs for now, at a devastating cost to future generations. Look, I like being slightly richer, right now, this instant, as much as the next guy, but I also enjoy doing stupid hippy things like breathing clean air and not going extinct. Let’s put it this way, would you rather visit Sweden, a modern country lauded for its renewable energy efforts, or China? 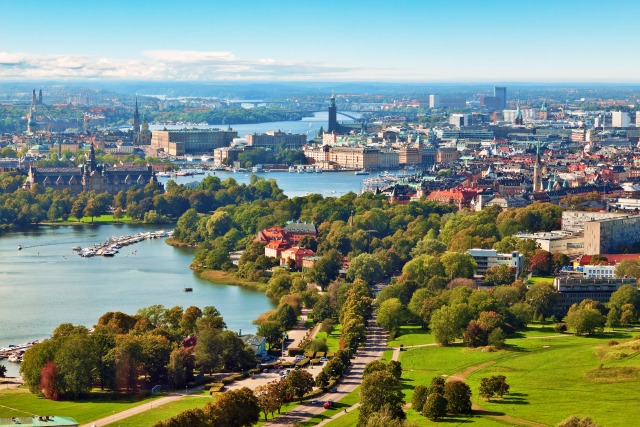 Stockholm, Capital of Sweden. Look at all that gross greenery and disgusting clean air. 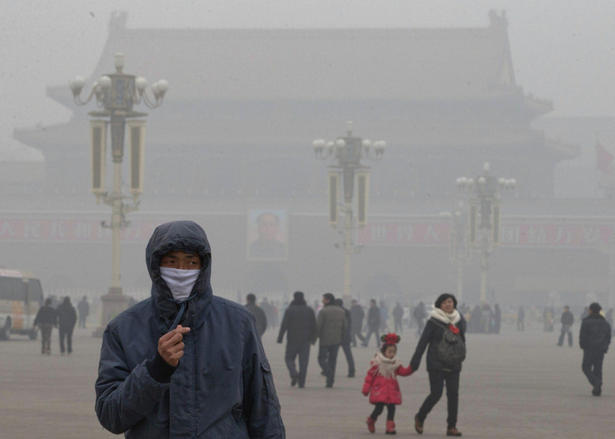 Unfortunately, it appears that Mr. Trump is adamant about competing economically with China, a country known for its closed media, untruthful government, low wages, poor working conditions, and deadly pollution, by becoming more like China. Competing with China and growing our own economy stronger is good. Great even. Doing it in a reckless and short-sited manner, bad. As an American who would rather work hard now to improve the health and well-being of our country and entire planet for future generations, this short-sited greed and reckless behavior concerns me.

I am concerned by Mr. Trump’s choices regarding our national finances. I agree, we need to control our budget and decrease our debt. I disagree with his methods. I do not think we need to decrease our investments in social services. We shouldn’t defund planned parenthood. We shouldn’t eradicate the safety net of nationalized health insurance without having completely revamped our for-profit healthcare system. Here’s a simplified version of our national budget, if our nation was a person:

That’s enough to give you a partial picture of what the budget looks like. It doesn’t include everything that our government spends money on partially because i’m lazy and don’t feel like typing more, and partially because I’ve shown enough data to prove my simple point. If you’d like to break it down further, here’s a simple info-graphic: 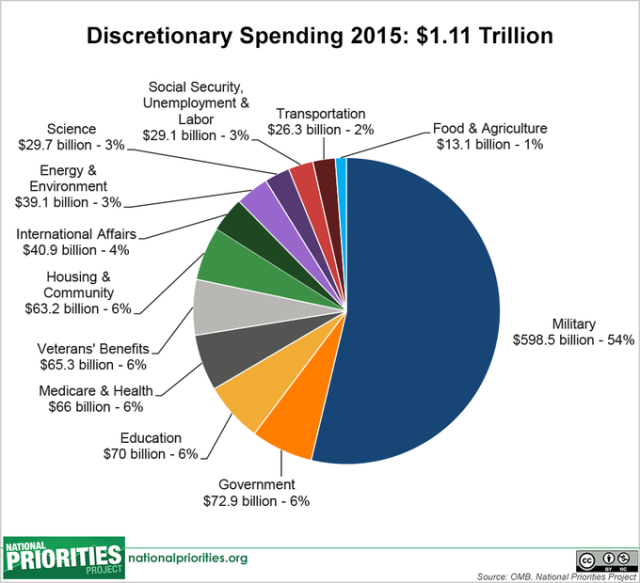 Trump and the government are the employees. We’re the bosses. Don’t forget that.

Max has been better than you at writing since the third grade. He currently lives in Connecticut, but will someday return to the desert.
View all posts by Max T Kramer →
This entry was posted in Max's Journal and tagged america, cabinet, democrat, donald trump, politics, racism, republican. Bookmark the permalink.

4 Responses to Guys, I have concerns about the Trump presidency